skip to Main Content
For the latest information on COVID-19 for therapy clients and visitors, please download this PDF (last updated 16 May 21) 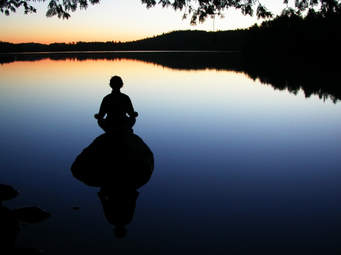 mind-body health
1. Mind-Body Connection
2. Psycho-neuro-immunology (PNI) – exploring the link between mind and body. By Jo Morgan
3. Benefits of Sunlight
4. Don’t underestimate the power of touch
5. The Healing Power of Touch

If the body system’s capacity to maintain stability is undermined during stress, and what is known as the allostatic load is reached, the system will begin to break down, which is what occurs in stress-related diseases. Sapolsky (1994) writes: “We have come to recognize the vastly complex intertwining of our biology and our emotions, the endless ways in which our personalities, feelings and thoughts both reflect and influence the events in our bodies.” He goes on to say that recognizing this demonstrates an “understanding that extreme emotional disturbances can adversely affect us”.  The current explanation for the relationship between stress, well-being and disease, where clinicians differentiate between things that enable us to grow, and things that undermine us, is know as Allostasis. Allostasis is the term used to describe the body’s ability to maintain stability through stress or change.

Psychoneuroimmunology looks at the interactions between the immune, psychological, endocrine, and autonomic systems in the body; in other words how what we feel emotionally can affect our whole body system and how this in turn can influence our thoughts.

Research suggests that the body’s response to stress is significant. The part of the brain called the hypothalamus initiates the body’s stress response by releasing Corticotrophin (CRH) which triggers the pituitary gland to release the adrenocorticotrophic hormone (ACTH). After ACTH is released into the bloodstream it reaches the adrenal gland and triggers the release of glucocorticoids, and in particular the stress hormone, Cortisol. This takes over the role of epinephrine and acts on the liver to release glucose into the blood for immediate use by the body.

Cortisol is a steroid and steroids can enter the nucleus of cells and effect DNA, possibly suppressing genes that would produce more immune bodies. The hormone Melatonin is produced at night and helps us to sleep soundly. It is also involved in inhibiting tumour growth and regulates the immune system by activating certain cytokines. Cortisol can suppress the production of Melatonin which will present short and long term problems within the body, therefore we are at greater risk of becoming ill and possibly more susceptible to developing cancer especially if we are predisposed to it genetically.

Every time we are faced with a stressor, real or perceived, our body thinks it is under attack and we activate the stress response. If we continue to activate this mechanism our immune system may become disregulated and our ability to fight off infection becomes weakened.

The sympathetic nervous system acts to excite the nervous system and its effects are most apparent under stress or exercise. This is often referred to as the ‘fight or flight’ response. The SNS is a catabolic system, which means that it breaks down energy in the body. The neurotransmitters, epinephrine and norepinephrine, are released in high doses during the sympathetic response damaging lymphatic tissue and inhibiting production of t-cells – a white blood cell that plays a central role in immune function.

The PNS parasympathetic nervous system is anabolic in nature, rebuilding the body’s resources. The main nerve that sends the parasympathetic information between the body and the brain is the ‘vagus’ nerve. The vagus nerve contains both motor and sensory fibres and its passage through the neck, thorax and abdomen enables its wide distribution within the body. The vagus influences respiration, heart rate and digestion. The main neurotransmitter of the parasympathetic nervous system is acetylcholine, which induces relaxation and inhibition. Acetylcholine is released from a well toned vagus.

Heart Rate Variability (HRV) is an important measure of autonomic response between the PNS and SNS. High levels of variation reflect a resilient autonomic response whilst low levels indicate challenges with either mobilizing or calming the system.

The Role of Yoga

The concept of using the Koshas (layers of the self) in our work as yoga therapists is that the focus is on nourishment for the mind and body as a whole. The Koshas enable us to work with the awareness of the senses, refining annamayakosha, heightening balance in body and brain. Through working with the koshas we improve breath awareness and develop mindfulness practice, which will help bring the system into rest and relaxation mode. Controlled slow breathing are important factors in increasing and retraining ANS resiliency. Engaging in practices that support a parasympathetic response means lower levels of cortisol, which in turn means that the body can produce healthy levels of immune cells.

Are you suffering from Post-Lockdown Fatigue or Anxiety?

There have been positives during the lockdowns, such as families spending more time together. But…

The Healing Power of Touch

Haven’t we all missed being touched, hugged or simply the feel of someone’s hand on…

The tragic case of Sarah Everard has prompted a well overdue discussion about women’s safety,…