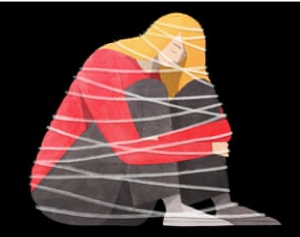 Harvey Weinstein, former film producer and convicted sex offender, has been sent to prison for a minimum of five years. The story highlights the ongoing issue of sexual exploitation and coercive control. Over eighty women have come forward reporting abuse at the hands of Weinstein. Only six cases have so far come to trial.

As therapists we know how hard it is for victims of this kind of abuse to report it. Sexual misconduct can be subtle – flirting, touching and banter that can be dismissed as ‘never quite bad enough’. It can also take place within a strong power dynamic where the ‘victim’ is dependent on the perpetrator for their job or career progression and is therefore unwilling to question or challenge for fear of negative consequences. Survivors of abuse are often disbelieved, blamed and shamed and are left asking: ‘Was it me? Did I lead them on? Was it my fault?’

The ‘Me Too’ movement, which has seen both women and men calling out sexual misconduct in high status sectors like the film business, represents a decisive move away from victim-shaming and towards holding perpetrators to account. Saying ‘me too’ can happen in therapy. In the counselling room we can begin our own journeys towards healing if we have been abused or controlled. Therapy is also an option for perpetrators. Psychotherapy can help change behaviour and embed new ways of relating for those who are open to it.

Later this year Bramham Therapy is offering training for therapists around the issue of coercive control in sexual relationships. Expert trainer, Christiane Sanderson, will be helping us understand the nature and dynamics of sexual violence and how practitioners can help survivors re-establish power and reclaim their voice.