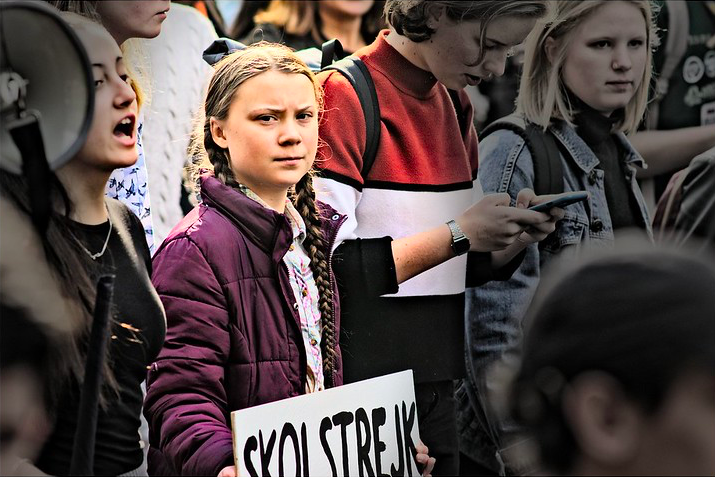 Greta Thunberg, the 16 year-old Swedish schoolgirl who started the school strike movement as a protest against inaction on climate change, has Asperger’s syndrome. I’m different, she told an interviewer this week, and that difference “allowed me to focus on one thing for a very long time” (greatbigstory.com). The result? The global Extinction Rebellion movement that has seen a pink yacht occupying Oxford Circus and Greta speaking directly to the World Economic Forum and members of the UK Cabinet.

Protest – and solutions – for climate change are coming not from the established, educated, mainstream but from the young and the different. It’s easy to criticise youth and inexperience. And it’s easy to dismiss the non-neurotypical. And yet it is from here that leadership on this huge issue is emerging. It is reported that Greta Thunberg struggled with depression in her early teens, eventually turning her terror around what she saw happening to the planet into a decision to do what she could to protect it.

Young people, so often branded as inexperienced snowflakes or risk-taking hedonists, might have a point when they feel depressed and anxious about their future. In therapy, they tell us that they want to be heard. Rather than labelling their anxiety a ‘problem’ or their anger an ‘ism’, perhaps we could just listen to them?