skip to Main Content
For the latest information on COVID-19 for therapy clients and visitors, please download this PDF (last updated 20 July) 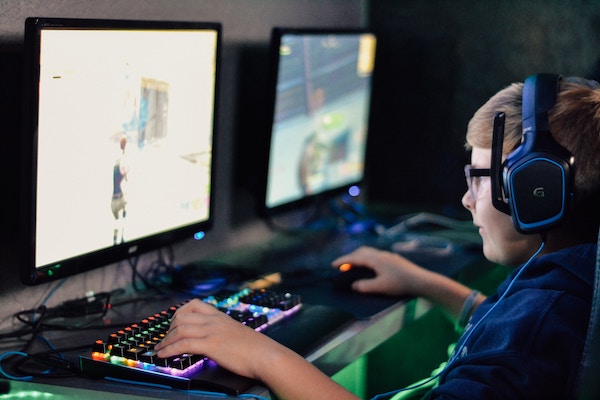 British 15 year-old, Jaden Ashman, this week won nearly a million pounds playing ‘Fortnite’, a fast and furious online game where 100 players battle to be the last one standing. “I’ve thrown out an Xbox and snapped a headset because I’ve got calls from school saying he is falling asleep in class,” said his mum, though she now accepts he’s going to have a career as a professional gamer.

At this point we could rehearse well-worn concerns about excessive screen time. Competitors in the Fortnite ‘World Cup’ are routinely spending eight to ten hours a day gaming, and, unchecked, this kind of excessive usage by an ordinary teenager could lead to isolation and poor physical and mental health. We could also focus on the potential risks of meeting strangers online. However, coverage of the Fortnite fixture this week showed a vibrant, social gathering, not unlike a more traditional sports event, with the big personalities, competitive tension and sheer exhilaration that we might get watching football or Formula One. Far from encountering dangerous strangers, players had made team-mates, rivals and friends.

Professional gamers, and the teenagers who love and play video games, have got amazing skills. Fine motor control, strategizing, creative world-building and teamwork (many online games are played in groups) to name but a few. Kids who struggle to fit in with the sporty in-crowd at school may find a sense of belonging through gaming with peers around the world who aren’t judging each other on looks or ‘likes’. It’s an oddly democratic zone where everyone is welcome and anyone can play. And so video games now rival ‘playing out’. Rather than hanging out in the park, kids – particularly boys – are just as likely to hurry home from school and meet up with their friends online over a game of Fortnite.

It’s different to what we’ve been used to, and, like all change, it has positives and negatives, risks and opportunities. We don’t know the effects gaming will have on long-term mental health. But we do know that Jaden and his peers will have to navigate an increasingly technological future that will leave a generation of parents like me behind. Perhaps they need as much practice as they can get!

Just when we thought it couldn’t get any worse…

Don’t underestimate the power of touch

How do we adapt to change?