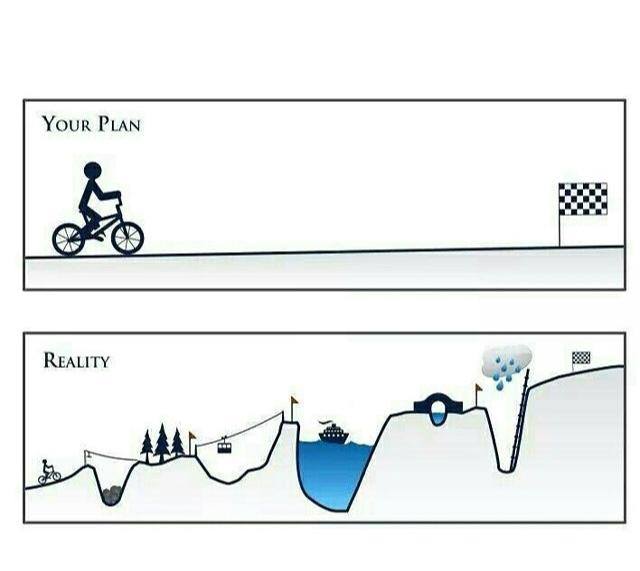 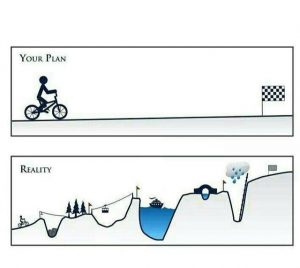 The thing I liked about my therapist when we first met was that she seemed different from me – the last thing I wanted was to talk to someone similar. The relationship would be different from anything I had experienced: it was the first time I had discussed my life intimately with another person.

The idea of ‘difference’ became the key to approaching therapy. Sessions were an opportunity to experiment with different ways of thinking, without relying on reason or analysis. Instead, I would talk about whatever popped into my head at the time – no matter how irrelevant it seemed – and see where it led.

My first fear was that I would sabotage therapy, probably by convincing myself that it had been going on too long. To counter this, rule number one was that there would be no time-limit: if it took years, it took years and I wouldn’t leave until it felt good to do so.

The second fear was that I would develop an attachment to my therapist that would become painful, so the boundaries of the relationship were very important. I determined not to cross these boundaries under any circumstances: no contact between sessions, no trying to discover personal information. The therapy room would become a bubble, although, as I later discovered, there was a downside to this.

As therapy progressed, the word ‘instinct’ kept cropping up, and I began to realise how powerful the unconscious mind is, and that it is often right. Understanding my past behaviour in this context – that a lot of it was actually self-preservation – was a huge relief. I began to trust my instinct more as a guide through the process.

Self-expression was surprisingly hard. I found the spoken word incredibly limiting and the habit of editing myself as I went along didn’t help. A lot of the time it felt as if I was talking around a feeling, but couldn’t be completely accurate – I just didn’t have the language. Images were very helpful in this respect. If I couldn’t describe a feeling I would imagine it as a scene or a story and describe that instead. In fact, the further away we got from the literal, and the closer we got to symbols, stories and art, the more satisfying and truthful the conversations felt.

Going to therapy for a long period, it was inevitable that some subjects would be discussed many times. This wasn’t a problem, but I was aware that each time we repeated a subject, I would describe a set of feelings that were different to what I had said before. Thankfully my therapist didn’t point this out, although I have no doubt that she noticed the contradiction. The question is, why did this happen when I was trying to be honest? The best answer I can come up with is that I was just saying what needed to be said on that particular day. This pattern of repetition/contradiction did lead to some answers that you could call ‘truth’,  but the answers seemed less important than the process of finding them.

One of the more unnerving sensations was the feeling that life was on hold. In the midst of the therapy bubble, most of my time was spent looking forward to the next session or thinking about the previous one. The outside world felt less important. If it had ended at this point I suspect it would have been pretty devastating and knowing that I was dependent made me nervous. It was a leap of faith to trust that one day I would feel differently. Until then, the frequency of the sessions gave me enough security to keep going.

But the relationship between therapy and my life in the outside world was something I struggled with. Whenever we discussed making a change, I had all the reasons not to do it. This inability to connect therapy and life felt frustrating at the time. Looking back, I probably didn’t realise how much was shifting around in my unconscious. Every so often change would rise to the surface and I would suddenly decide to do something completely out of character. Eventually I learnt that I didn’t have to force the change to happen, I just had to be open to it.

I think one of the great misconceptions about therapy is that it’s all about the moment of catharsis. That the right question will lead to a huge outpouring of emotion and then everything will be better. I never had that experience – therapy was more complicated and difficult than that, but also more rewarding. I certainly don’t think of it as getting things out of my system: I have more in my system now than when I started.

The decision to stop was surprisingly easy. It just felt right. Life wasn’t perfect but I had the strength to deal with it. As the end approached I knew how important it was to end well, to walk out the door without regret.

People who know me well say the change has been enormous. They are probably right, but it’s a difficult thing to see objectively. Superficially, life hasn’t changed that much, but there has been a fundamental shift in how I react to things. My stress and anxiety levels are certainly much lower, I’ve become more open to taking risks, and more patient with other people.

My life now is messier, dirtier, happier, angrier, faster, less predictable and more confusing than it has ever been. For the first time it feels like there aren’t enough hours in the day for everything I want to do. But I do what I can and don’t worry about the rest. So far that seems to be working.

Written anonymously by a client in 2015

Hypnotherapy for stress and anxiety

What comes to mind when you think about Hypnotherapy? Many people associate Hypnotherapy with the…

What is Neuro Linguistic Programming – NLP ?