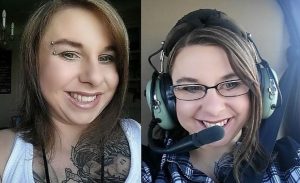 Don’t miss listening to this extraordinary story of Michelle Knight’s unbelievable ordeal at the hands of Ariel Castro who imprisoned her for 11 years in Cleveland, Ohio until last year when she was able to escape.  She is interviewed on radio 4 and you can listen again here:  http://www.bbc.co.uk/programmes/b0436h12.

This is a testimony to show that extreme and prolonged abuse does not have to determine or define the victim’s character or their future. It also exemplifies how forgiveness (as opposed to forgetting) can be achieved through understanding the deeper psychological motivation behind cruelty.

Michelle suffered unimaginable cruelty which included almost daily rape and being chained up in the basement for months on end with a sock in her mouth and a motorcycle helmet on her head. She was beaten, starved and exposed to cold temperatures for 6 months without clothes or blankets. Her several pregnancies resulted in miscarriages due to beatings by Castro.

Amanda Berry and Gina DeJesus were also kidnapped and imprisoned by Ariel Castro. Gina was only 14. Amanda Berry had Castro’s child.

Michelle has now written a memoire Finding Me: A Decade of Darkness, a Life Reclaimed’ is published by Weinstein Books.