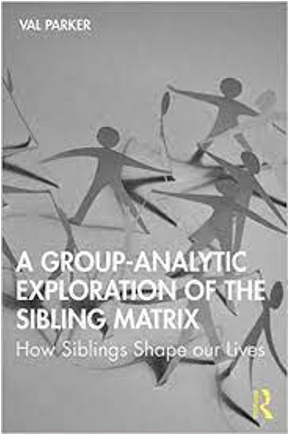 Bramham Therapy was excited to welcome Val Parker, a psychodynamic psychotherapist, group analyst and supervisor, who’s recently published book, A Group Analytic Exploration of the Sibling Matrix: How Siblings Shape our Lives, has been received with widespread critical acclaim. Not only was her seminar highly informative, but the importance she placed on making time and space for smaller more intimate break out groups was well founded, and the discussions therein very insightful.

It is highly likely that the relationship we have with our siblings will be the longest we have in our lifetime and yet its impact on our psychic development has been overlooked in individual and group therapy, sociology and psychology. Val’s passion for the sibling blindspot was evident throughout the day, introducing us to a variety of theories to explain this neglect, including:

In my own breakout group we discussed the idea of unconscious bias towards the perceived safe position of parental transference versus the fear of the power and complexity of sibling issues. As Val explained, the sibling relationship is never stable. It fluctuates between a closeness and friction, the need to be noticed and yet the need to connect and belong. While these needs are in opposition, how does one find one’s place in the family?

The sibling matrix cannot be looked at in isolation. It is connected to the parental matrix, which in turn has been influenced by the parents’ own sibling matrix. In addition, the response of parents to sibling conversations/disagreements/ fights has a very important role to play in the development of the sibling matrix. We can all relate to societal messages along the lines of ‘be the good girl’, ‘don’t make a fuss’, ‘you’re the clever one’, you’re the bossy one’ etc. It is also important to clarify that in this work, a sibling does not need to be a blood relative, and can equally be an individual with whom you have a sibling relationship. Val highlighted specific issues such as adoption, step-siblings and sibling loss, and how they can impact on the matrix.

Val addressed sibling theories in classical psychoanalysis and spoke about the contributions of Freud, Klein and Winnicott. In his book The Piggle, Winnicottdescribes his work with a small child seriously disturbed by the birth of her younger sister. Val also recommended we refer to Infant Observations by the Tavistock Group including the work by Esther Bick and Margaret Rustin. Another theory discussed was Ronald Britton’s Third Position. Britton talks of a third kind of object relationship for the child whereby ‘he is a witness and not a participant’. The child can not only observe the object relationship, but also envisage being observed. According to Britton, ‘this  provides us with a capacity for seeing ourselves in interaction with others and for entertaining another point of view whilst retaining our own, for reflecting on ourselves whilst being ourselves.’

A sibling’s matrix might come into therapy in an oblique way, perhaps disguised as a friend or a work colleague, and yet the underlying relationship you are exploring will undoubtedly be informed by their sibling matrix. Whilst working with certain clients you might notice being pulled into the sibling matrix, the transference therefore being a sibling transference. In situations like this, working as a ‘sibling therapist’ rather than a ‘therapist mother’ can often be beneficial to the therapy.

Finally, Val reflected on how the sibling matrix can play out in organisations and groups. For example, in a large multi-departmental company, not only is each member of a team likely to be  influenced by their sibling matrix, but the same dynamic will apply when interacting with other teams throughout the hierarchy of the corporation.

During the course of the day we were encouraged to use our smaller break out groups to discuss the many aspects of the sibling matrix. We discussed our own personal sibling matrices, how they impacted on our life and relationships and how they might have influenced our decision to become therapists. We also reflected on our clients, and how we might identify and  work with sibling transference. Finally, we explored the relationship with our fellow ‘group siblings’ and how that interaction might have influenced the way the group had functioned.

I think I speak for everyone who attended when I say we are grateful to Val for being the champion of such an important issue that appears to have been given so little airtime. There is a lack of emphasis not only in our training and the theory available to us, but also in our own personal experiences of being in therapy. Reflecting on our work with clients and the importance of exploring their relational template, we felt energised by the prospect of encouraging them to join us to be curious about their sibling matrix.

Average feedback scores from our event:

Organisation of event: 4 out of 5

Feedback from our event:

“A really useful dive into the sibling issue – will be extremely valuable to client work, but also has given me some really interesting further insights into my own experience growing up . . .”

Bramham Therapy invited the wonderful integrative psychotherapist, Dr Ruth Birkbaek, back to speak to us…

This CPD addressing a broad range of transgender issues (LGBTQI+) was a really interesting, stimulating…