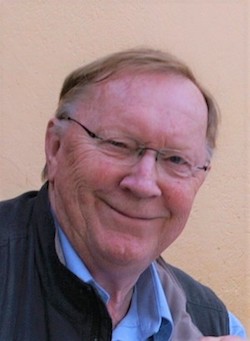 The esteemed psychodynamic therapist Michael Jacobs, author of so many seminal texts, came to speak to us about being a therapist, based on the book he co-wrote with John Rowan, ‘The Therapist’s Use of Self’.

Michael spoke about the three-part model they developed in the book, namely the Instrumental Self, the Authentic Self and the Transpersonal Self.

He explained that these were not to be seen as levels to progress through, rather that all three ways are ways of being with our clients and he went on to highlight some of the key aspects of each level.

While the instrumental self can in part be seen as the persona the therapist adopts, following the techniques and rules they have learned in training, Michael emphasized that those rules are there to serve the client, rather than to protect the therapist. I was particularly taken by the metaphor he used, of the therapist as an instrument who needs to tune him or herself to the client, which I felt really softened what could possibly be interpreted as quite a rigid model to follow.

When speaking about the Authentic Self, Michael helpfully clarified that authenticity means being able to talk in an honest way about what may be happening between oneself as the therapist and the client in relationship, rather than an expectation that therapists disclose personal information to their clients. He spoke too about the importance of being able to offer deep empathy and how this enables the therapist to walk as if in the shoes of the clients. This all tied in with his focus on thinking more about what is happening interpersonally, rather than just the authentic self of the therapist. Here, as throughout the day, he was keen to point out how these three models can be applied across many modalities, rather than just psychodynamic, which I think felt very inclusive, given that there were many different modalities represented among those who were present.

The third of these models, the Transpersonal Self, is perhaps the hardest to capture in words. The numinous quality of these moments feel intangible, but Michael talked of them as moments when the therapist is not afraid to let go and be taken over by something. He spoke of a merging between client and therapist, which is impossible to plan, but is something that happens spontaneously.

Michael invited us to consider these three ways of being in smaller groups, which yielded some interesting discussions, in particular around self-disclosure. There were many examples of times when people had felt drawn into disclosing something of their personal life, or had chosen to withhold, and Michael was supportive and open to hearing everyone’s points of view.

After lunch, Michael spoke about his own ‘presenting past’ and in particular about the way BACP and UKCP had been created. It was very interesting to hear about the prominent role the church had in the early days of making counselling accessible to people outside a clinical setting, particularly as Michael initially trained to be a clergyman. This was followed by some stimulating conversation about training courses and membership of the various bodies among other general grievances around the more frustrating areas of being a therapist!

It was a real honour to meet Michael and to hear a little of his own journey as a therapist, a supervisor and an author, and I would like to thank Wendy very much for inviting him to come and speak to us.

For the organisation of this event we received 4.86 out of 5 as an average score from 14 feedback forms and our Speaker scored 4.29 out of 5.

Exploring the Sibling Matrix: How Siblings Shape our Lives with Val Parker (March 2022)

Bramham Therapy invited the wonderful integrative psychotherapist, Dr Ruth Birkbaek, back to speak to us…