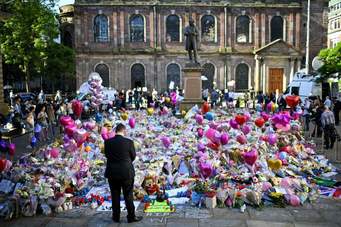 Since the last newsletter where violent extremism was discussed, there have been a number of further acts of violence within the UK.  Thinking about what drives people to engage in such behaviour has become more pertinent.  Alongside this it also feels important that we think about how we talk to our young people about these acts, especially after the suicide bomber at the Ariana Grande concert, where many young people were involved.  At the end of this piece I will provide details outlining where to find information on trauma, how to support people who have been through a traumatic experience and how to talk to young people about what has been happening in their world.  However, I want to start by presenting some of the psychological research which has tried to develop a profile of someone who becomes involved in extremism.

Psychological research into those who carry out acts of violent extremism has been somewhat minimal to date.  However, there are some characteristics which have been identified and provide us with some insight into what drives a person to join these groups.  It is suggested that those young men (I will focus on men here as they are the majority in these groups) who feel marginalised and unrepresented in places of authority e.g. the government, and who perceive an injustice are more likely to join an extremist group.  They appear to be searching for a sense of belonging, connectedness and affiliation (Silke, 2008), which they don’t feel they get elsewhere in society or their community.  It is suggested that they feel uncertain about themselves and their world (Bonim, 2014) and seek danger and excitement as a way of giving their life meaning.  They feel they are unable to make changes in any other way than through extreme and unconventional means (Saucier et al., 2009).  They believe they represent a broader victimised group who need someone to stand up for them (Horgan, 2017).  Motivation, ideology and social process all come together to play a role in the radicalisation of men who join extremist groups.  Understanding this interplay is the first step towards developing policies to intervene (Kruglanski et al., 2014), it may also be important for society to understand and play a role in expressing concerns about possible extremism in their communities.

How communities can play a role in expressing concerns about suspicious behaviour has also been an ongoing discussion especially after an attack.  Dando (2017) stated that when it comes to ‘pointing the finger at a neighbour or friend’ when they are suspicious of their values/beliefs/behaviour the impact may be too great.  She considers the impact of a reduction in community police officers, as it may be that a rapport between communities and police could encourage people to have more of the difficult conversations.  ‘When people feel socially and economically excluded, and when groups feel marginalised they tend to look inwards rather than outwards’.

Violent extremism effects us all, either directly as a victim or family/friend member of a victim; even as a family member/friend of the perpetrator; as an observer and member of a community or as a parent (carer) trying to explain to a child what is happening in their world, whilst trying to make sense of it yourself.  These experiences are traumatic and leave us with questions and difficult emotions, so I have attached some links to websites which may help to provide some support.

The Escalation of Eating Disorders post-Covid

I happened to write this article on mental health day, and I wondered how many of us…